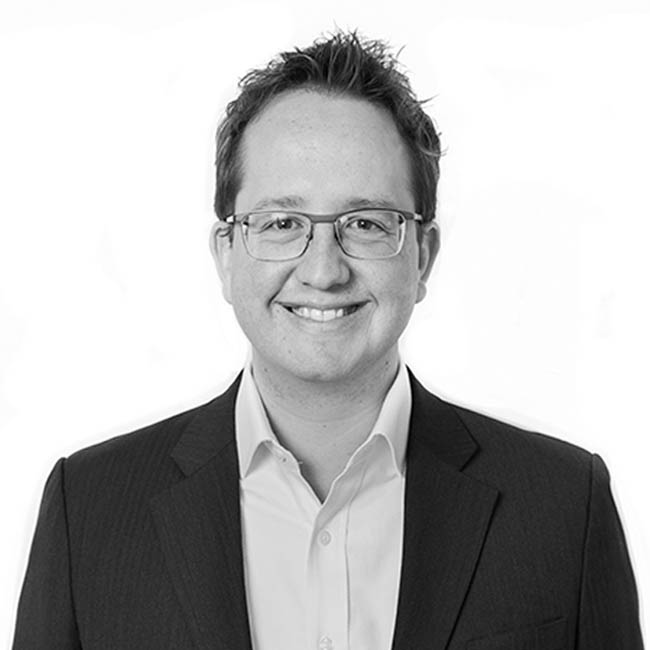 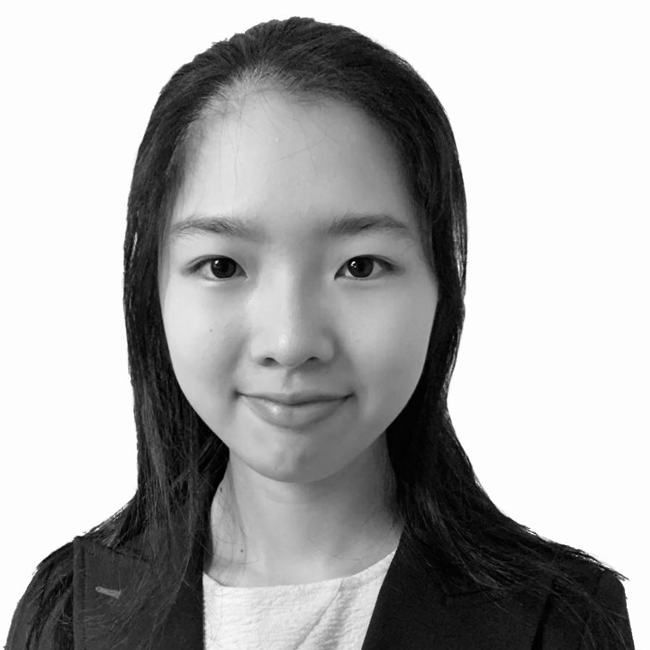 Euro zone inflation just hit a record high of 8.1% in May 2022. The yield on the 10-year
Government bond of Germany increased by 1.57% between the beginning of January and the end of June 2022. While the Russia-Ukraine war and its direct consequences, such as higher energy prices, drove up inflation, this upswing has rekindled people’s discussion over impacts of inflation. We have been looking for publicly available reports to better understand the impact of rising inflation and consequently, as governments fight inflation, rising interest rates on the real estate asset class in general and the value of hospitality assets in particular.

In light of inflationary pressure, this article focuses on different variables that commonly play a role in determining hospitality real estate values – from the impact of inflation on operational profitability, to higher financing costs and to (potentially?) higher cap rates. Furthermore, we touch on the implications for hotel lease contracts.

Most of the analysis focuses on the United States, and we acknowledge potential limitations drawing conclusions thereof for European (and other) markets. However, we are of the opinion that the key findings are applicable to all major markets.

Development cost: An increase of 10-25 % in construction costs has been recorded over the last 12-24 months. All areas of construction have been impacted, from materials, to labour wages, and machinery hire rates. Furthermore, rising costs pose a significant challenge to any developer particularly for greenfield projects where margins (for errors) are relatively small.
Operational performance: Understanding the impact of inflation on both hotel revenue and cost is the key to project future net operating income. Questions such as determining elasticity of demand in times of reduced disposable income need to be considered. CBRE research looked into the evolution of ADR and inflation in the U.S. and suggests that there is a positive correlation of 0.542. However, past research also shows that when ADR moved too closely with inflation, guests, who experienced a higher cost of living and thus had less disposable income, shied away from hotels. This reaction consequently leads to reduced occupancy. In addition, increasing travel costs, amidst recent airfare increases and rental car expenses, would suggest a further reduction of consumers’ spending power for hotels. To cope with this dilemma, hotels,
especially among small operators, have started to practice shrinkflation. As a result, hotels deliver fewer products and services for the same price to manage inflation.

Asset Valuation: Rising interest rates is one primary tool used by central banks to fight inflation, therefore the below table explores how REITs and hospitality REITs fared during periods of rising rates. Due to the better availability of data, a focus is placed here on the U.S. market.

Takeaway 1: REITs generated positive returns when Fed rates increased.
Data shows how REITs performed in a rising rate environment in the past using historical returns. Exhibit 1 indicates that, similar to equities, the US REITs index generally had positive returns when the Federal Reserve raised the federal funds target rate.

Takeaway 2: Short-term REITs, including hotels, have a low(er) sensitivity to rising rates because of their flexibility in pricing compared to other types of REITs.

S&P Global categorizes REITs by lease duration of underlying properties into short-term, medium-term, and long-term. Hotel REITs, which invest in hotels or lodging that commonly have daily or weekly lease terms, are short-term REITs. On the other hand, a typical example of long-term REITs are Healthcare REITs with lease terms of up to 10 years. Important to note here is that Hotel REITs in the U.S. are predominantly operated under management contracts.

Takeaway 3: Hotel REITs have a low to negative sensitivity to bond yields.

More specifically to the hospitality sector, a study from Hoya Capital (Exhibit 3) demonstrates that US hotel REITs are not sensitive to increase in treasury bonds yields as demonstrated by negative beta.

Based on the above observations, hotel REITs have been rather insensitive to rising rates because of flexibility in pricing. This further suggests that hotel real estate investments provide a certain hedge against inflation. Importantly, this assumes the hotel is run under a management contract or a variable lease contract. 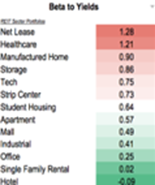 The sensitivity of cap rates to the upswing in interest rates plays a substantial role in a hotel investment decision. To answer the question how much a Federal Reserve policy change has impacted cap rates, research from Cornell University, built on an empirical model using data from 1997 to 2016, shows that a 100-basis point increase in the 10 year U.S. treasury rate produces a 28-basis-point uptick in hotel cap rates. This relationship of 1.00-to-0.28 reinforces positive expectations that hotel investment remains relatively strong in an inflationary environment. In addition, this study also states that since the pace of an upward movement in interest rates is generally slow, investors have enough time to plan before making investment decisions when facing inflation.

Takeaway 5: Luxury hotels can serve as an inflation hedge.

Luxury hotel clientele are less price-sensitive and therefore luxury hotels are more flexible to adjust ADR, which makes them a more promising inflation-hedge investment. A CBRE study, as reflected in Exhibit 4, concludes that higher inflation resulted in significant outperformance (on a total return basis) for luxury hotels.

Takeaway 6: European hotel real estate also shows similar inflation-hedging characteristics.
While the above observations mostly come from the U.S. market, the European market shows a similar pattern. Exhibit 5 from the JLL Hotel Investment Outlook reflects hotel transaction values in Europe and the U.S8. Periods of rising rates in both markets are shaded in grey. The two markets moved mostly in the same direction though the U.S. market showed higher volatility. This suggests that, like U.S. hospitality assets, European hospitality investments have fared relatively well during periods of inflation. However, it should be noted that the observation period was relatively short and that the global financial crisis (and its fallout) have somewhat distorted the picture

Exhibit 5 Transaction value index during periods of rising interest rates in Europe and the U.S. (in grey) 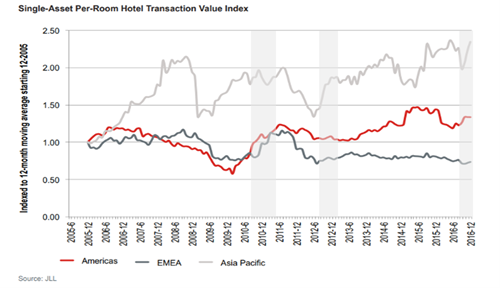 Impact on lease contacts and recommendations

A lease contract, compared to a hotel management agreement, is more sensitive to inflation as it pays a fixed amount (often indexed) over an extended period of time. The impact of the inflationary environment on lease contracts calls for actions including understanding inflation indexation, choosing the right price basis, reviewing FF&E and other expenses, maintaining lease coverage ratios, and managing the duration risk.

Inflation indexation: Lease contracts typically include an inflation indexation to protect the lessor from inflation. A typical inflation indexation instructs that the rent will be increased by an amount equal to X% of the variation of CPI compared to the previous year. There are several potential concerns in this regard:. Firstly, CPI tends to underestimate inflation in an inflationary environment9. CPI measures the price increase of a basket of consumer goods, and rents, which is one of its largest components10 (basket composition can differ from country to country). However, rent is often found understated during expansionary periods because CPI surveys only cover rent of existing tenants instead of using a market rent. Secondly, the index has a time lag issue where inflation is usually adjusted after the fiscal year is over. These issues often lead to a lower-than-actual inflation indexation. A good way to address this is to include a variable lease component, for example by defining a minimum rent (fully indexed) plus a percentage of GOP or a ‘higher of’ (fixed lease or variable lease) clause.

Price basis: Particularly in times of fastly rising inflation (such as now), it is important to use today’s price basis when signing a lease that may only commence two or three years in the future (as is often the case for development projects).

FF&E expenses: Operators may underestimate the impact of rising prices also on items such as FF&E, therefore it is advisable to review these items and to potentially index them as well.

Lease coverage ratio (LCR): LCR would vary depending on how hotels manage their NOI when facing inflation. From evidence above, economy hotels with comparatively low pricing power would potentially suffer from rising inflation and thus be more challenged to maintain the same LCR.