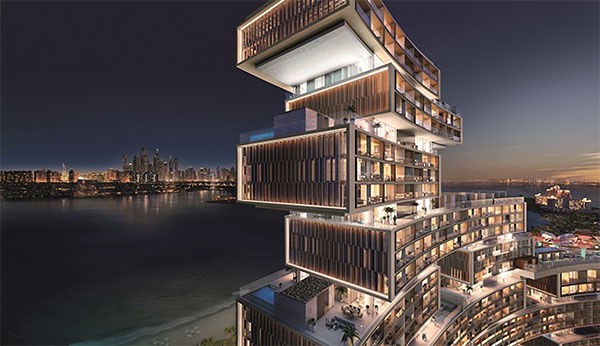 As cap rates remain low due to record interest rates and IRRs are driven down by increased labor and construction costs, developers are reviving the controversial but lucrative model of the branded residences to boost returns. Though branded residences are not a new idea to the hospitality sector, the ever-increasing bid-ask spread combined with the longest growth cycle in the hotel industry, has created a need for owners to review this once gray area of the market.

Like vacation ownership, the advent of major operators embracing branded residences has meant several seismic shifts in the sector including a sharp increase in city center branded residential projects over the last ten years.   However, unlike the timeshare model, the regulatory environment has improved to the point where investors in the individual units are now much more comfortable in these potentially accretive “lifestyle” investments. As cap rates remain low due to record interest rates and IRRs are driven down by increased labor and construction costs, developers are reviving the controversial but lucrative model of the branded residences to boost returns. Though branded residences are not a new idea to the hospitality sector, the ever-increasing bid-ask spread combined with the longest growth cycle in the hotel industry, has created a need for owners to review this once gray area of the market.

Though the origins of the hotel branded residence can trace its roots back to the late 1920s, the first notable branded residences were the Amanpuri developed in the 1980s in Phuket, Thailand which set the standard for resort-residential luxury projects.  Though primarily used in resort destinations in order to lower the reputational “risk” for investors into these branded residences, the model has several significant advantages including:

Though the market for branded residences grew exponentially from the 1990s until 2008, city center branded residential/hotel projects were rare as the branding fees (from 5 to 20 % of the sale’s price) did not justify the premium that could be achieved in major cities such as New York, London and Hong Kong.   Furthermore, the early movers in the branded residence space created several different models including structures that pooled income and/or guaranteed returns to unit owners.  The regulatory environment on branded residences quickly became a point of contention with buyers and developers such that both hotel investors and operators began to distance themselves from the model, even developing branded residential projects that did not have a rental program option, in order to avoid the additional operational risk.

The branded residence model was further impacted by the 2008-2009 global financial crisis, with developers defaulting on obligations to complete residences, and large mixed-use projects forced into liquidation due to class action lawsuits brought by unit owners.

After several years of dormancy, the renaissance of the model aligned itself with the improvement of both the economy and the legal environment surrounding hotel branded residences.  Developers created financial models that aligned the hotel owner and the unit owners and allowed for shared risk and reward. Through the sector’s maturation, major hotel brands also became more comfortable with the management of these projects, which again further legitimized the unit owner’s ability to own a piece of an internationally branded property such as St Regis, Four Seasons or Waldorf Astoria.

The timing of the maturation of the sector coincided with the proliferation of the brands into city centers.  With developers running out of management company options in these primary markets, they turned to smaller regional operators for their projects, who in their interest to have a flagship property in a primary city, offered extremely competitive terms to operate the asset.  Developers maximized their utility of these operating fees by selling branded residences that garnered a sales premium over and above the commission due to the hotel manager.   This can be seen in New York with the advent of the Six Senses and Aman projects in Manhattan, the Mandarin Oriental Residences in Dallas and the Fairmont Hotel and Residences in Los Angeles.

As we enter Year 12 of the longest growth cycle in the history of the global economy, it is only reasonable to ask; is this a fad or a fact?  The success of the branded residences model is contingent upon favorable economic conditions, including a significant low cost of capital. Interest rates cannot continue at their current pace, but it is also evident that the market is becoming more comfortable with this type of ownership and investment. The next wave of developers will seek to tier branded residences by engaging operators with boutique or even midscale brands (Accor currently offers Novotel Residences in Nusa Dua and Manila and IHG manages Crowne Plaza residences in Jakarta and Hanoi) to further take advantage of this trend.

The full adoption of branded residences as a viable hotel real estate alternative is contingent upon the product’s appetite with the ultimate end users - the unit buyers.  Provided that capital markets continue to mature and support these sophisticated but lucrative projects, a developer can align their product offering to meet the market’s demand.  However, if the service agreements that are linked to these branded residences cannot survive legal scrutiny, operators will begin to retreat, consumer confidence will erode, and the brand equity of hotel/resort residences models may be irreparably damaged.

The future remains bright for the sector, but a more detailed review of the regulations that govern these projects must be undertaken by the stakeholders before we can ensure its permanent position as a viable hotel alternative.